The cable, as a passive element of the system, it is still too often considered as secondary to the devices. In fact even the modern transmission standards (e.g. HDCVI, AHD, HDTVi), have been developed by the main manufacturers of equipment as attempts to allow the upgrade of analog systems without the need to replace the cables, or to allow the use of new high definition cameras with special protocols which can be transmitted over coaxial cables, reusing cables installed for the old analog systems, and promising great results even with poor quality cables.

Nevertheless, it was soon realized that the old plants, usually laid with cable of RG59 standards or similar, cause a degradation in the signal that reduces of a half the useful operating distances of the cameras in relation to those assumed.

This because the continuous evolution of tools and video standards, with increasing quality and greater definitions, have also necessitated the development of equally high performance cables.

This led to the creation and continuous implementation of our VS / VSHD series, specifically designed to support the most advanced recording and transmission systems both analog and digital (or hybrid), with high standards in terms of performance, whatever protocol or the image resolution is used (HD-SDI, HDCVI, AHD, HDTVi; 720p, 1080p, 4K).

Differences and characteristics of cables for video surveillance

All our cables, either network, coaxial or optical fiber, are also available in composite format, i.e. supplied with power cables of different cross-sections, which make the installation possible with a single laying.

The wider range is represented by the coaxial cables, the most versatile to meet the varied types of installations, without the need to dedicate high financial resources to the devices:

To give an idea, just think that the smallest of the family, the so-called microcoaxial VSHD40, with a diameter slightly greater than 3 mm, arrives for example at a distance of 300 meters with modern HDCVI standards, which become more than 400 m in pure analog mode.

That said, acknowledging the undoubted advantages of modern technologies that travel over the network, that allow interactive and flexible systems, we have also developed the VS540 model, to allow surveillance on LAN cable and allow the full exploitation also in this field of the digital technology over IP.

Also on this product: the sheaths are integrally LSZH, suitable for heterogeneous installations (indoor, outdoor, underground, public places etc.); it is also available in composite version with power cables (also these with LSZH insulating sheath) if the devices input exceeds the PoE standard (Power over Ethernet).

It should be remembered that the coaxial cables of VSHD series are the best means of transmission for devices that support the EoC technology (Ethernet Over Coax); in fact, they allow to transmit traffic up to 100 MB, at best even one of 850m distance; by contrast, a LAN cable has a limit of 100m.

With the VSHD113 cable, for example, with EoC technology it is possible to transmit the IP signal at distances greater than 800 meters, together with the PoE.

Finally, we also propose a combination of fiber optic cable with power conductors. If the cost of media converters would not be high, fiber would be the better choice even for medium distance CCTV applications but it becomes essential for long distance applications, such as motorway networks or public video surveillance systems. Single mode fibers of VSS224210 cable, in fact, are suitable for systems with extension of tens of km.

An important characteristic, common to all CAVEL cables dedicated to Video surveillance, including electrical conductors, is to be provided with a halogen free sheath which has the following properties: 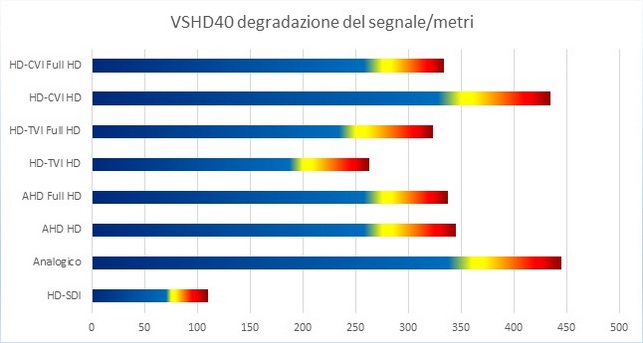 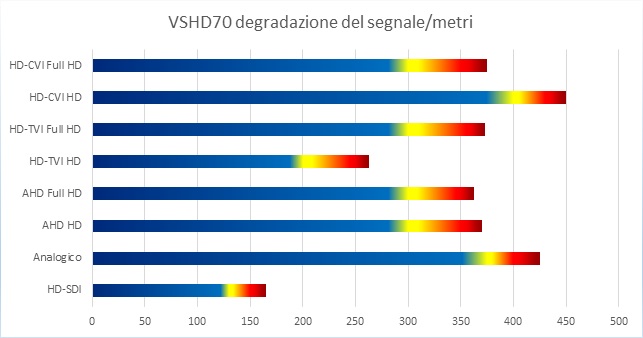 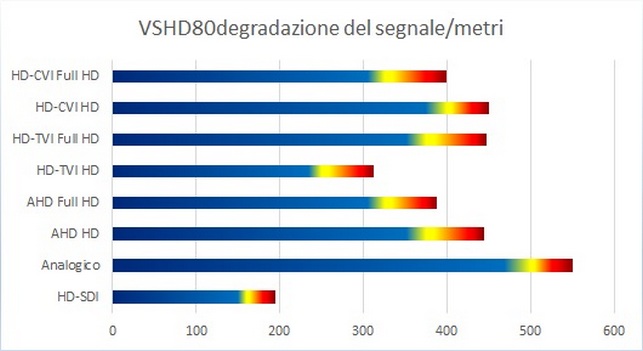 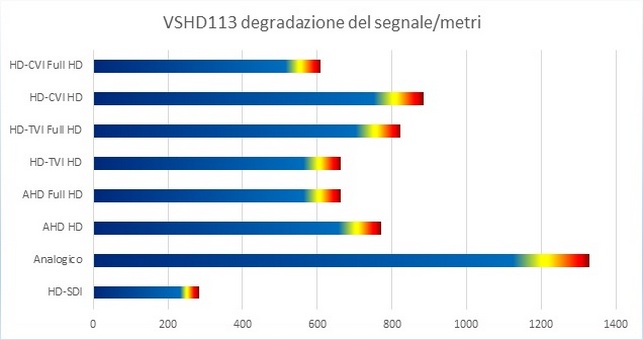